When I am hit repeatedly by things going wrong, I close my eyes and mentally reach out for you and hearing your voice in my head lifts my spirits.  For a lot of people Christmas can be a huge disappointment, and maybe I try to fool myself into thinking THIS year, this year will be different and over and over I am always proven wrong, but I remind myself to be thankful for things that others may not have.  I have my friendships that have carried me through the hard times(fistpump keripants!) and collaborations with people creatively that has given me something to look forward to day after day, and witnessing the talent of people who gives me something to aspire to (xox smashypoo!) As I roll through the month of December I will remember the ones that aren’t around to celebrate Christmas with me but will never be forgotten.  So raise your hot cocoa and have a merry Christmas!

So between the madness of trying to sort out a monthly fashion event for 2014 (which is going to be THE bomb if you are interested in participating feel free to holler!), moderating this months round of arcade gacha and trying not to keel over, I found out from a fellow moderator this awesome event! Bay City Tree Lighting is tomorrow December 8th!  There will be many fun things, performances and silent auctions for wayyy cool things…saw some things Id love to have even!  So be sure and check it out and perhaps bid on a beautiful picture done by our very own Marianne McCann to support Child’s Play Charity (www.childsplaycharity.org). Child’s Play is a 501c3 non-profit organization offers online communities such as Bay City’s an opportunity to help seriously ill children around the globe during their hospital stays with the purchase of games and gaming equipment.  So go on over to the VENUE HERE and support a very worthy cause!

I miss you and you pop into my head from time to time.  Last time we talked was nearly 10 years ago if not longer.  I’ve come a long way in the time we have talked, and am happier now.  I think that would make you glad….but I hope that you are just as happy, but I’m not sure that is possible.  I have a few regrets, one major one being that we never met face to face.  I wonder if that would have changed how we saw each other.  You often put a smile on my face when there was none, and made me feel special when noone else did.  Maybe some of the courage I found to leave my bad situation came from you.  You followed me into the dark places in my mind and made those dark places acceptable and helped me embrace the dark parts of myself.  You named me Didyma and while I never got the whole reason I am assuming there were many…from being a gemini to also being bipolar and a lot of other reasons….You had dubbed yourself Kronos after father time…our names fit and I still love them to this day.  I doubt he’ll ever read this, but I had to give him a nod at least once he shaped who I am today in good ways.

As an aside: a very HUGE portion of all my poses come from Del May…i luffs them hardcore go check em out!  Another thing to not try as I may, my pics did not do the eye pieces from solidea folies justice you will have to take my word for it that they are beyond epic.  Also the jeans are out tomorrow @ Boho Culture Fair woot!

OK Ill admit…the nip in the air is enough for a sweater but I simply can not resist ice cream no matter WHAT the weather.  Sadly, no candied bacon ice cream, but in a pinch anything chocolatey will do!  I couldn’t be happier though, because I get to wrap myself up in new Millinery Shoppe sweaters.  They make me feel good that its fall.  I wandered around and I love the shopping area here so much I am opening a store location up at the Atooly Mall.  I was going to write a story for this post but I got sidelined by lulz on flickr.  I may write stories for posts but bottom line of my being is a truth teller.  My friends have said to me over and over one of the things they love about me is my brutal honesty, so being accused of making false statements has me laughing hysterically.  That said, if you want to see the hilarity for yourself by all means check out my flickr *here*.

Normally I don’t talk too much about RL here, because I can do that elsewhere.  Lately, however I am beginning to feel a bit crowded and out-of-place.  I don’t know where to begin so I write. Post 9-11 in the states saw an increase in racial profiling, and also racially motivated hate crimes towards Muslims out of fear, hate, and revenge.  These days I believe that tensions regarding that have ceased, however now that I have moved to Canada, I have to deal with it all over again as the new legislation they are trying to pass blatantly targets Muslims and Jews.  With this legislation trying to be passed this past week I have seen night after night reports of hate crimes on the news.  This makes me incredibly sad as I had been feeling up until this point, “YAY we are past that!”.  That is not the case and I would hope that they let this legislation go as it doesn’t do anything but stir the pot for trouble.  I promise I wont get heavy often but Id like to leave with a quote from a movie that dealt with these issues.

Razia Khan: Remember one thing, son. There are only two kinds of people in this world. Good people who do good deeds. And bad people who do bad. That’s the only difference in human beings. There’s no other difference. Understood? What did you understand? Tell me. Tell me

I believe if we all took that quote to heart we would all be better people.

Today I hung around the circus and tried my hand at alllll the things i could…tightrope walking, acrobatics and even got to hang out with the trained animals! It was so excitin to be high up and I imagine that is what birds feel like.  SL is an amazin place to be sure, there are some drawbacks though.  Before SL, I would infrequently dream about flying…and every time without fail I woke up from one of those dreams I would always have the biggest grin on my face as they were the happiest dreams I ever had.  In 2004, when I first started SL they did not have direct teleports…and so one would have to teleport to a telehub and fly across many sims to get where you wanted to go…and the drawback of this was flying became a chore to me, and ever since then, not a single dream about flying.  SL has brought many wonders into my life, brought about the fateful meet of my current husband, directly resulting in two of my beautiful children, but still I mourn..I mourn the unbridled joy I felt waking up from a flying dream. So I have to find other ways and things to find joy in.  YAY SHOPPING! I mention these things because of all the things I see regarding SL’s BDay celebration this year the 10th!

Sometimes, just sometimes fighting the lag, the crowd, the veryyyy slow rezzing takes a lot outta a person. When that happens, youll have to forgive her if she gets a bit sloppy or lazy come postin’ time! I reallly wanted to show off some goodies from collabor88 for you so …heres TWO and one extra bit of awesome an full of win from faMESHed! 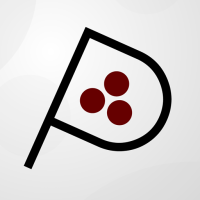 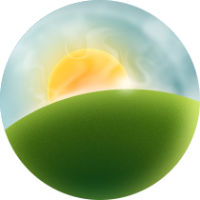 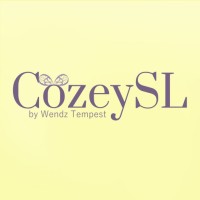 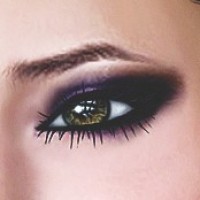 The League
Create a free website or blog at WordPress.com.